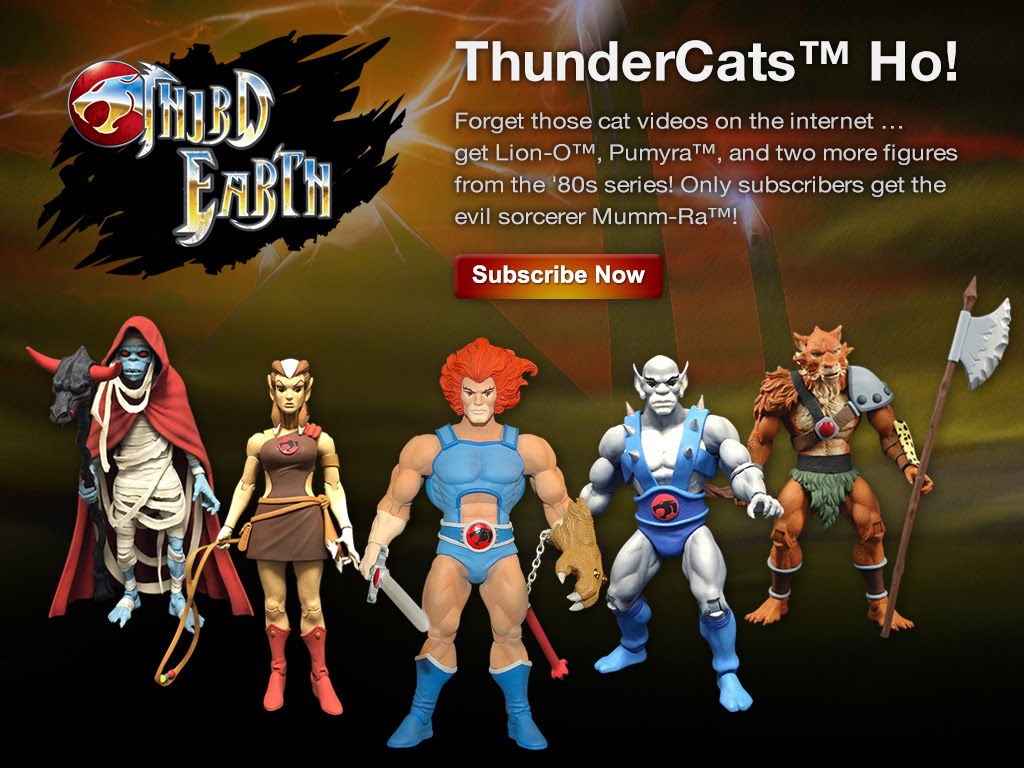 When Mattel acquired the Thundercats license and planned to release classic cartoon inspired action figures in 2015, it was exciting news for all Thundercats fans. The series came to fans in late 2016 in a Matty Collector subscription called Club Third Earth. These figures were designed to fit perfectly with the Masters of the Universe Classics line.

Unfortunately all good things must come to an end and this figure series was cancelled too soon as MattyCollector.com shut its doors in December 2016. Only 5 figures were ever released, including Lion-O, Jackalman, Pumyra, Wily Kit and Wily Kat (SDCC exclusive), Panthro and Mumm-ra, which was a bonus figure as part of your subscription.