The Transformers Classic Soundtrack Vinyl LP includes 40 tracks from the original cartoon series on Megatron, Optimus Prime and Bumblebee-themed black pressed vinyls. 1,000 copies of Bumblebee colored edition is a ThinkGeek.com exclusive, while Optimus and Megatron are exclusive to EnjoyTheRideRecords.com at 500 copies each. 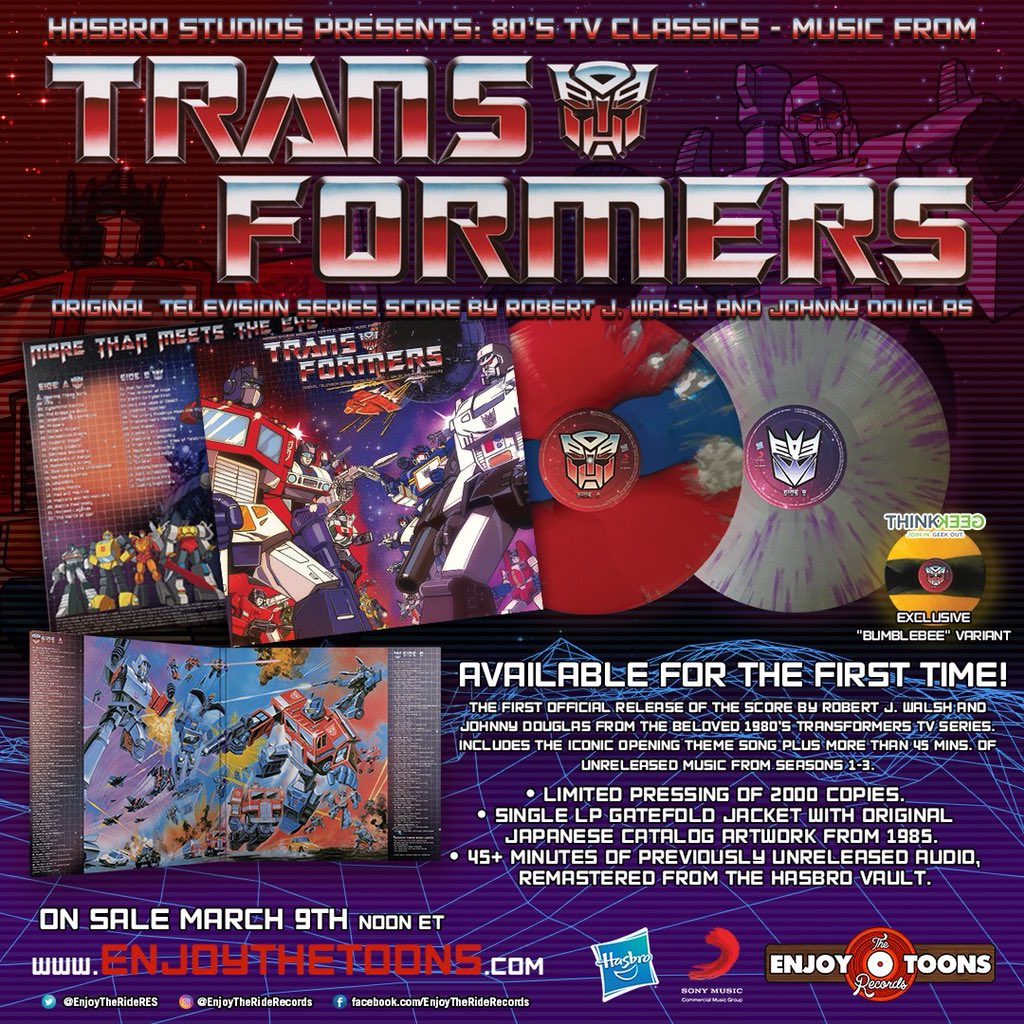 Enjoy The Ride Records and Sony Music/Legacy Recordings announced today the release of Hasbro Studios Presents ’80s TV Classics: Music from The Transformers on vinyl in three different color variants, available at select retailers Friday, March 9. This is the first official release of the score in any format and includes the iconic opening theme song and more than 45 minutes of unreleased music by composers Robert J. Walsh, Johnny Douglas, Anne Bryant and Ford Kinder. The album features music from seasons 1-3 of “The Transformers” animated series which debuted in 1984.

“We’re very excited to share with fans of all ages the classic original score from the animated show that helped launch the Transformers universe,” said Stephen Davis, Chief Content Officer for Hasbro. “Legacy has created an incredible, unique product that fans will love and that is truly More than Meets the Eye!”