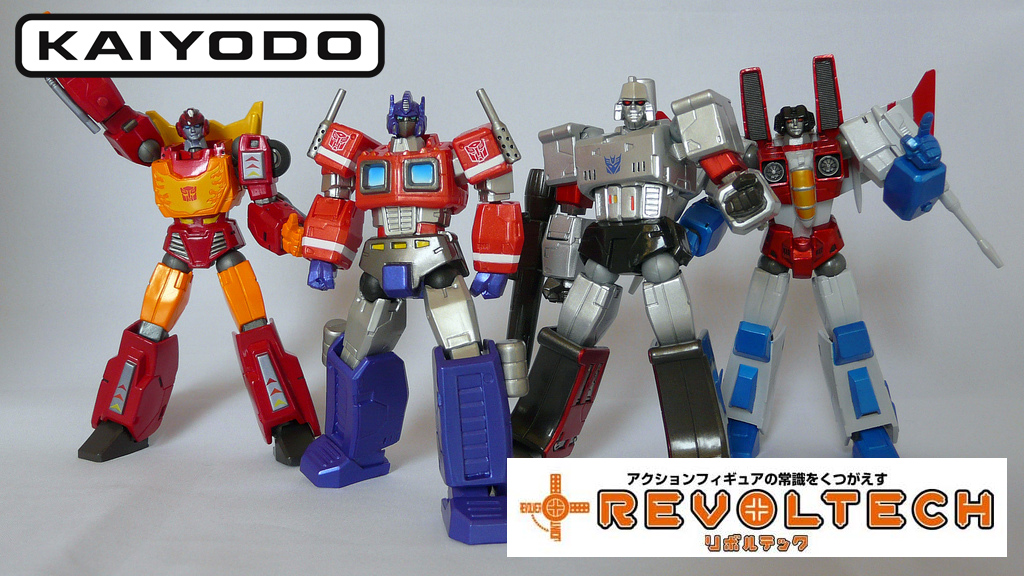 Revoltech’s highly articulated and super poseable action figures are produced by Japanese toy company Kaiyodo. The revolver joints that give the line its name make its figures super-poseable. These joints are also interchangeable, making it possible to swap body parts between different figures. Hmmm, interesting…

The Transformers line consist of two series. While they are not transformable, these figures are super cool to play and create your own scenes with. The first Transformers figure released was Convoy, aka Optimus Prime, in 2007. He was the 19th entry into the Revoltech line.