Doctor Strange is a 2016 American Marvel Comics film about Dr. Stephen Strange’s journey of becoming a superhero wizard. The blu ray / dvd editions were released on the last day of February in 2017. Let’s review the blu ray’s content and presentation.

Considering the special effects of the film, the menu experience is quite disappointing, meaning not much razzle-dazzle. As you move along the menu items, the Eye of Agamotto animation never changes. Only the menu itself scrolls left and right, a typical but not very exciting menu experience.

Packaging
The blu ray packaging comes with a paperstock slipcover with clear areas and a 3-D lenticular. Inside, there are 2 discus, one blu ray and one dvd. There is also a bonus card with a digital movie code, giving you access to digital version of the movie for free. You need to have a Disney Movies Anywhere account to redeem. 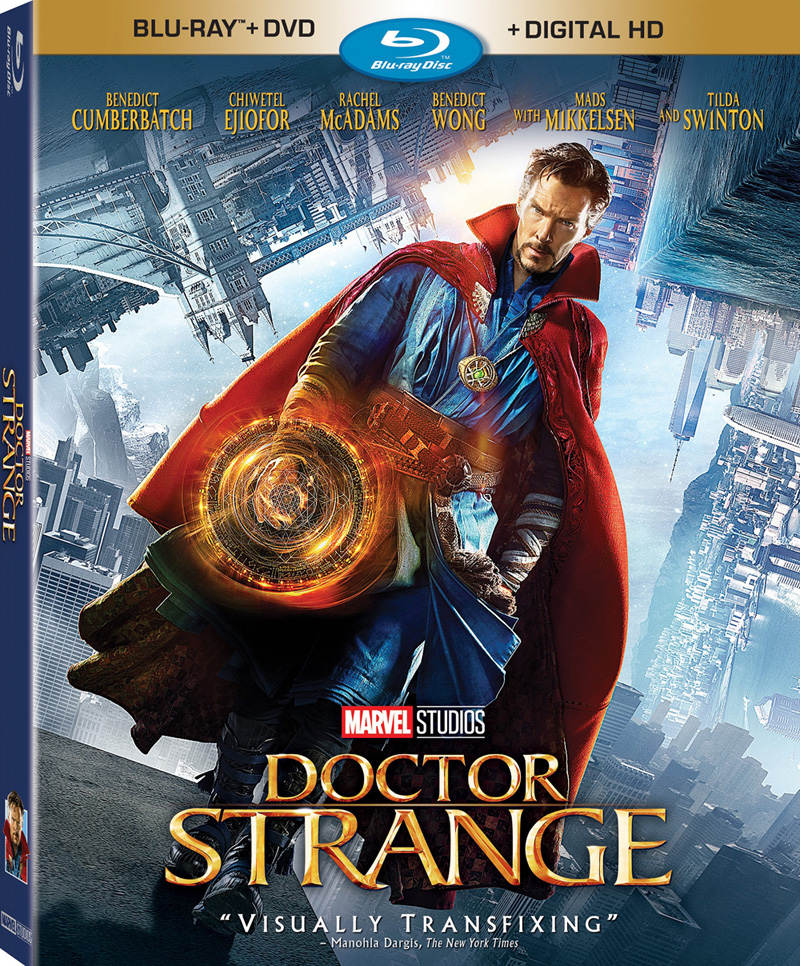