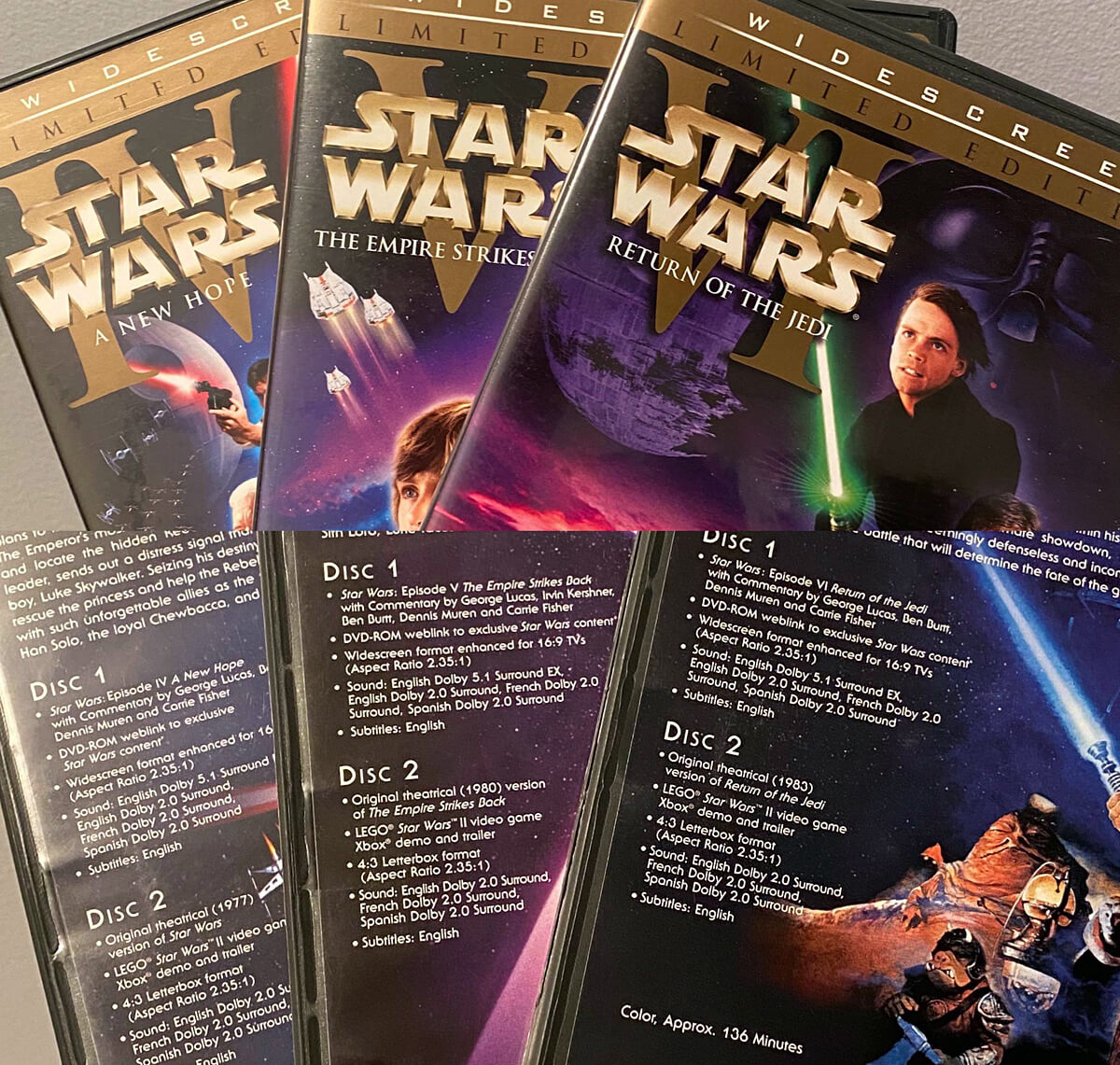 Currently on Disney Plus, all Star Wars original trilogy versions are the modified versions. The only way to watch the unaltered versions is to get the limited edition DVD versions of the movies. Because Star Wars movies have been re-released so many times with different packaging, look for the case that says Limited Edition in gold background for the widescreen version and in blue background for the full screen version. 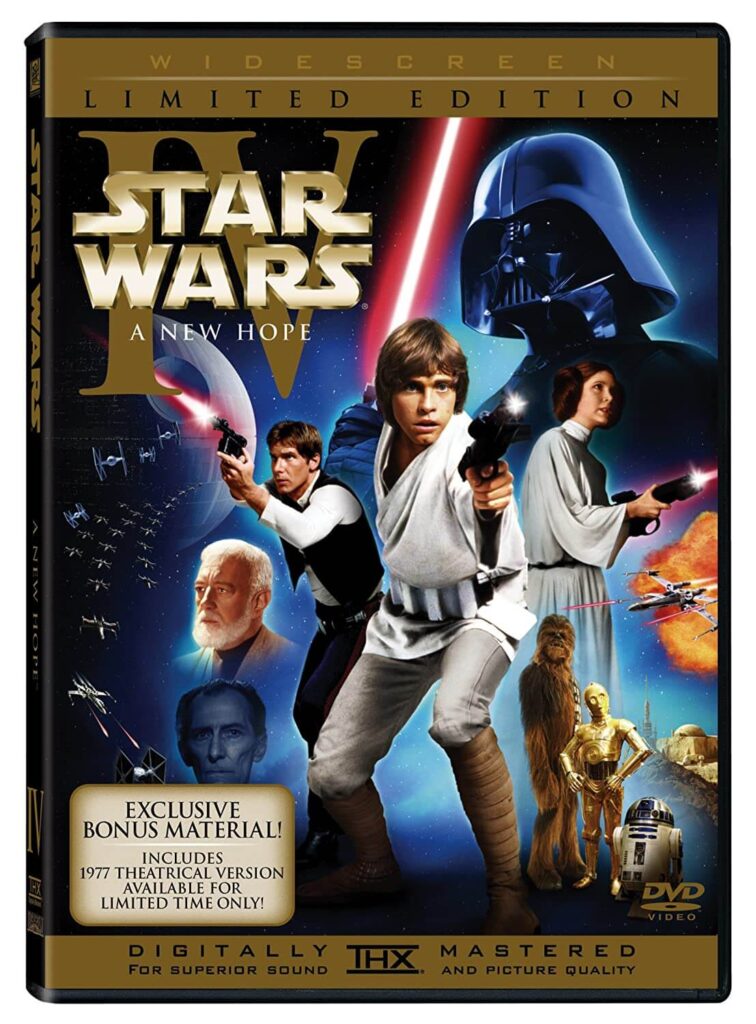