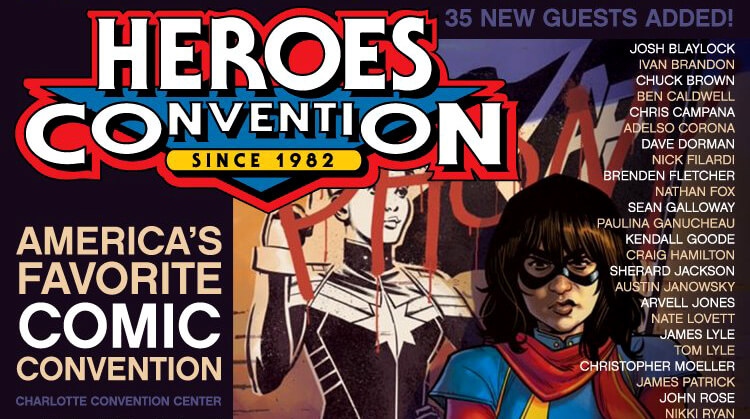 The NYCC has become US’ biggest comic con by attendance. After all, many superheroes are based in New York City, which means this comic event really brings the colorful world of comics to life.

SDCC will always be the crown jewel of the convention circuit as there are no shortages of A-list celebrities and superhero media. But in a way, the event is too commercialized and has become more of an entertainment event rather than a comic con event. Still, it’s hard to get tickets and many people consider a badge of honor to attend the most famous event in the world.

You know there’s a legal battle between the artist formerly known as Salt Lake Comic Con and SDCC. But the show must go on… For fans of comics, fantasy, or science fiction, Salt Lake still attracts some of the biggest guests in the industry.

Charlotte is not a city known for it’s gigantic comic fanbase. However, organized by a local comic shop, Heroes Convention has seen tremendous growth since its inception. Bringing true authenticity to a comic convention, it’s a perfect blend of comic and toy dealers, artists, and unique fandom.

Atlanta has been the home of this institution since 1987. This comic-inspired convention has always been about this meeting of fantasy genres, welcoming everyone and everything from the comic book superheroes. One of the most spectacular events is Dragon Con’s very own parade, showcasing the finest cosplay in the land.