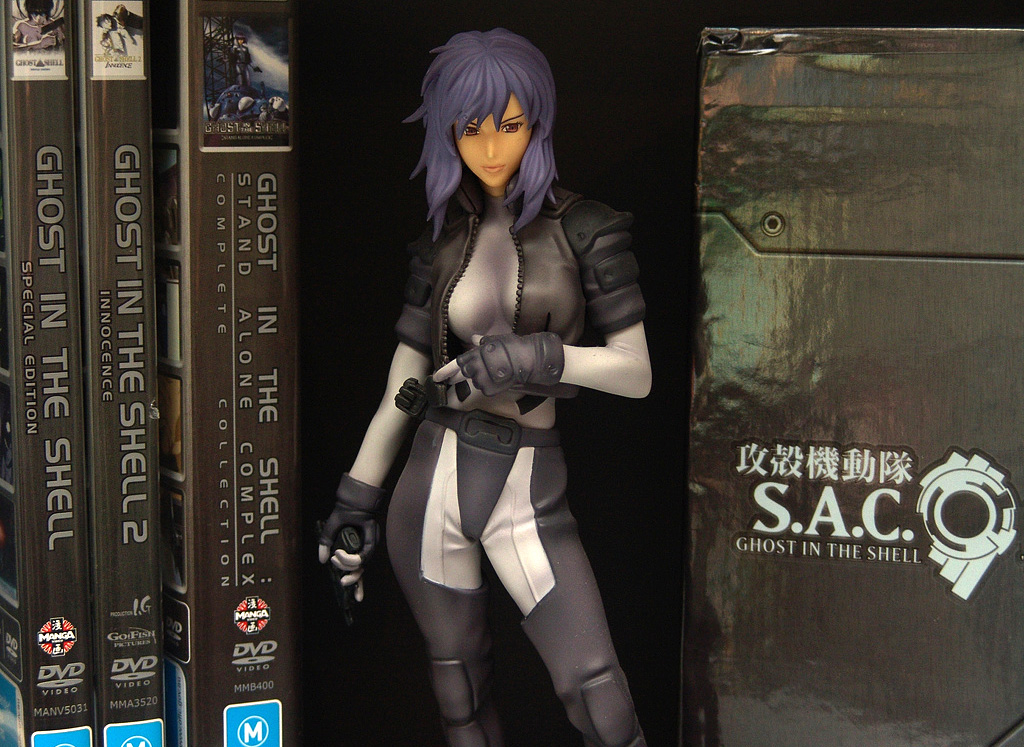 Major Motoko Kusanagi is the main lead in all the Ghost in the Shell story lines. She is a sexy cyborg in the employ of “Public Security Section 9″, a fictional division of the real Japanese National Public Safety Commission, as the squad leader. We won’t go into the complexity of the stories as they are both complex and mesmerizing. The same can be said about this Motoko Kusanagi statue by Vice. Standing at 8 ½” tall (1/7 scale), the PVC figure comes in a window box with a custom base for display.