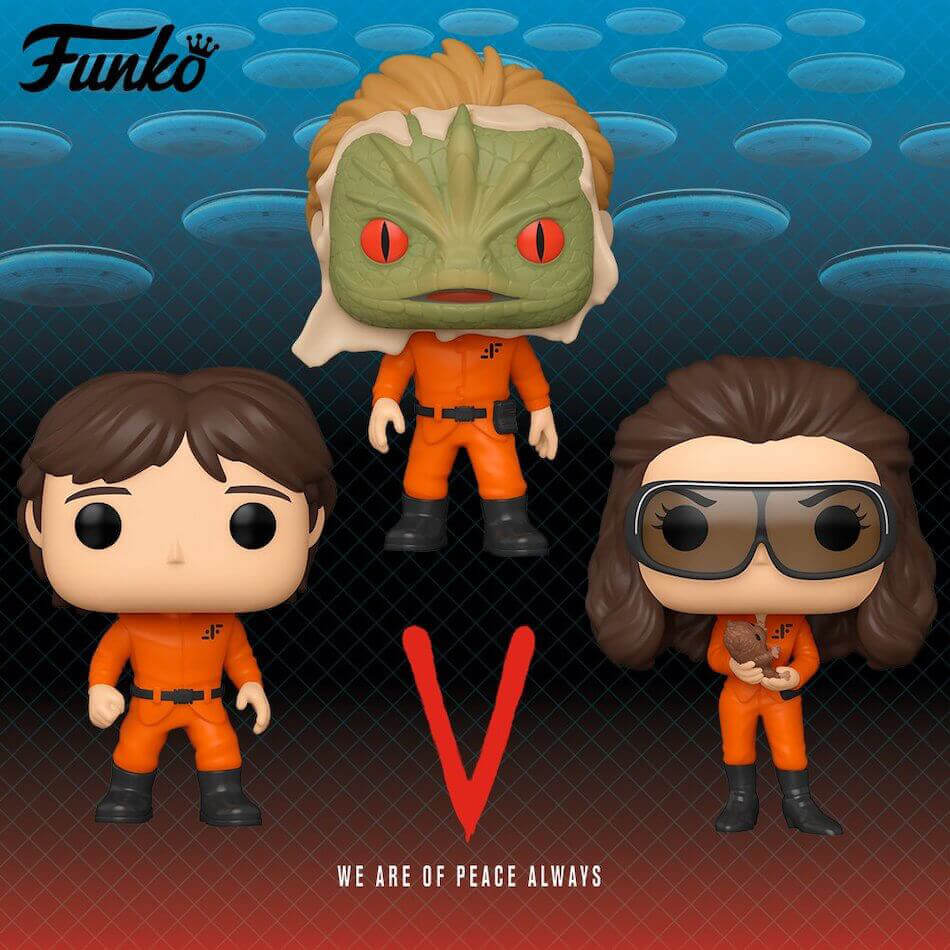 Originally released in 1983, V follows alien Visitors as they attempt to overtake Earth. Camera-man Mike Donovan is part of Earth’s resistance and later takes on a leader role. On the Visitor’s side, chief science officer and later the Supreme Commander, Diana, conducts experiments on humans. Funko Pop V Television Series lineup only offers these 2 main characters. While the aliens appear human-like in appearance, they are actually a reptilian species with a human skin cover. This can be seen in the Alien Exposed figure. A limited edition Emerald City Comic Con version of Diana exposed was also available.