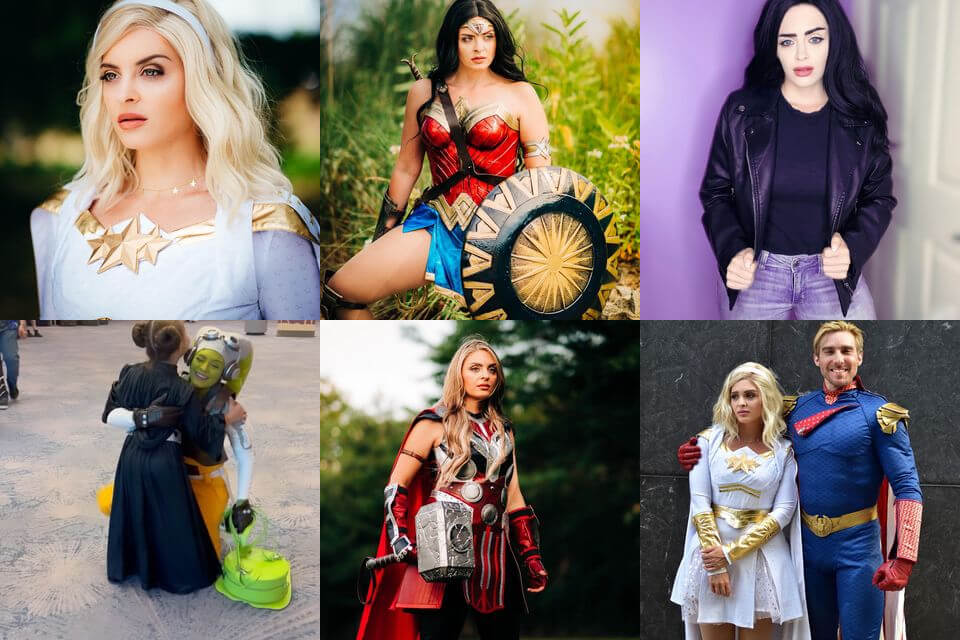 Comic-cons.XYZ Exclusive is excited to talk to another amazing cosplayer, Sam Syndulla. You can find her on Instagram as samsyndulla. Maybe you’ll see her at your next favorite convention.

What first got you interested in cosplay?
My first official cosplay was Elsa from frozen which lead to me volunteering for over 50 charity events and then opening my own princess company business. After I had launched my wish visit program I decided I wanted to branch into other cosplays. So my first official comic con cosplay was Harley Quinn. In 2016 I went NYCC in a full Suicide Squad Harley Quinn cosplay I primarily made myself and made so many friends and connections. It was so amazing meeting so many likeminded individuals. It truly changed my life.

If you could be any superhero, who would it be?
Wonder Woman but if we’re talking Star Wars – Hera Syndulla!

Why do you do what you do?
As someone who came into the cosplay scene for charity and to bring happiness to children, that’s always been my main objective. Building a following has always been just an added bonus. There’s a lot to love about this community but there’s also a lot of toxicity. I try to bring as much joy to myself and others when cosplaying. It’s important to keep a positive mindset but also a realistic one as well. If I can bring joy to at least one person especially children with my cosplays, I’m doing it for the exact reason why I started.

Any advice you can give to fellow cosplayers?
Cosplay is for everyone. My advice is to cosplay a character you connect with because it makes it that much more fulfilling and exciting. Have fun and don’t worry about the clout and following. It makes it a lot less fun. Try to keep a positive mind set but also don’t let anyone in this community bully you. Stand up for yourself and at the end of the day if you’re doing what you love and making people smile, that should be a really good reason to continue doing it.