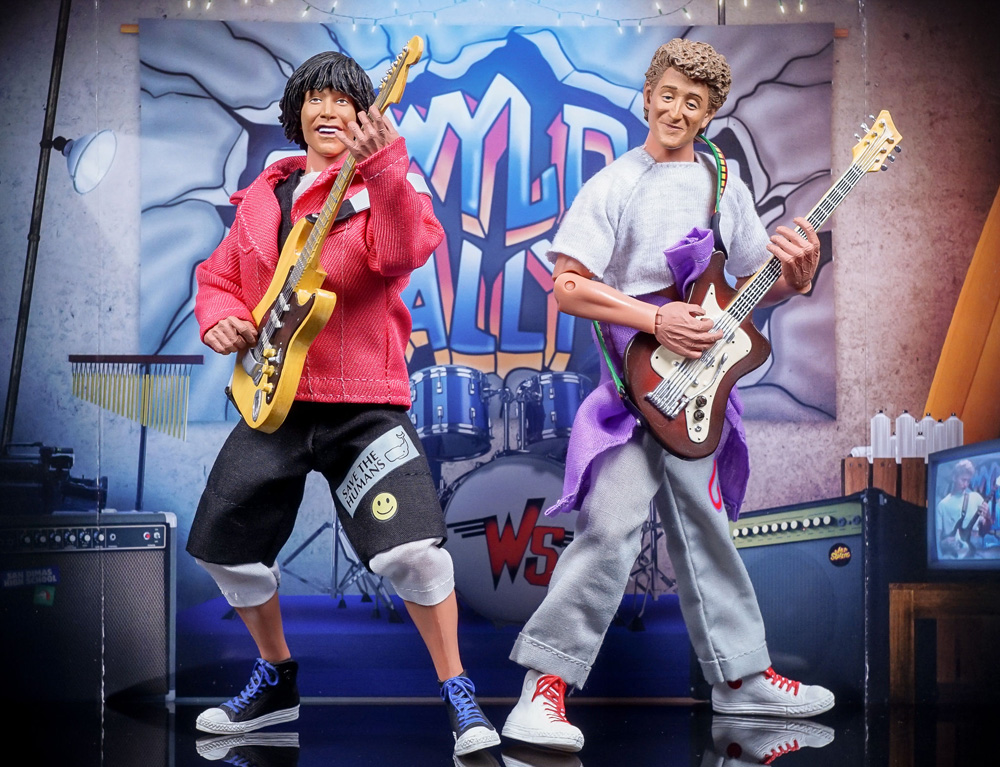 Party on dudes! NECA’s Bill and Ted’s Excellent Adventure Figure Box Set has to be the most triumphant action figures in our history. Separately, they are Bill S. Preston, Esquire and Ted “Theodore” Logan. But together, they are Wyld Stallyns, standing at 8″ tall. You know in the utopian society of the future, they will be known as the two “Great Ones.”

Each figure wears tailored fabric clothing similar to the toy lines of the 70s, comes with his own guitar and is super poseable. The deluxe box set packaging has a special surprise. You can punch out the cardboard inserts and assemble your very own phone booth time machine. You know, it’s the machine that really made the movie happen. Bill & Ted would have not have been able to complete their project without the booth and then we wouldn’t have that utopian society future that we all want. Now you can rock out to Bill & Ted’s Excellent Adventure soundtrack with figures to boot. 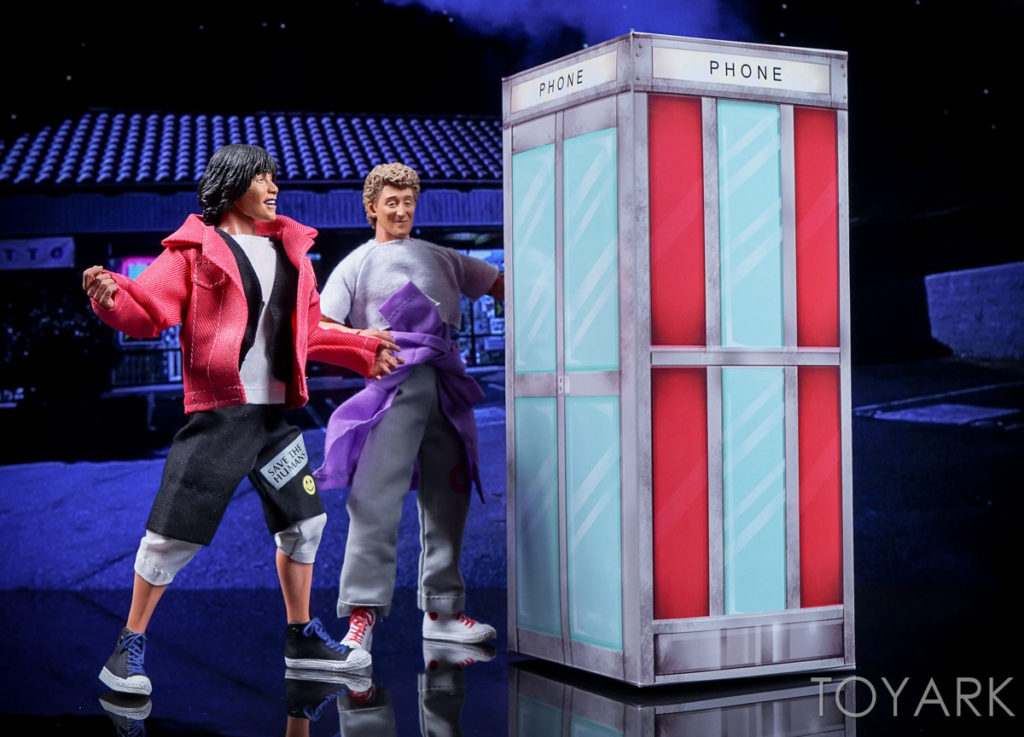